It is the duty of the Past Presidents committee to receive nominations and ultimately elect Hall of Honor Inductees. The Hall of Honor ceremony occurs each year in conjunction with our November business meeting. It's a very prestigious event and a great time to meet and mingle with many of our past presidents, as well as our current members and supporters. We encourage you to attend this year event! 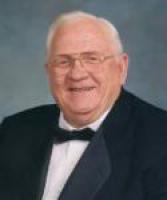